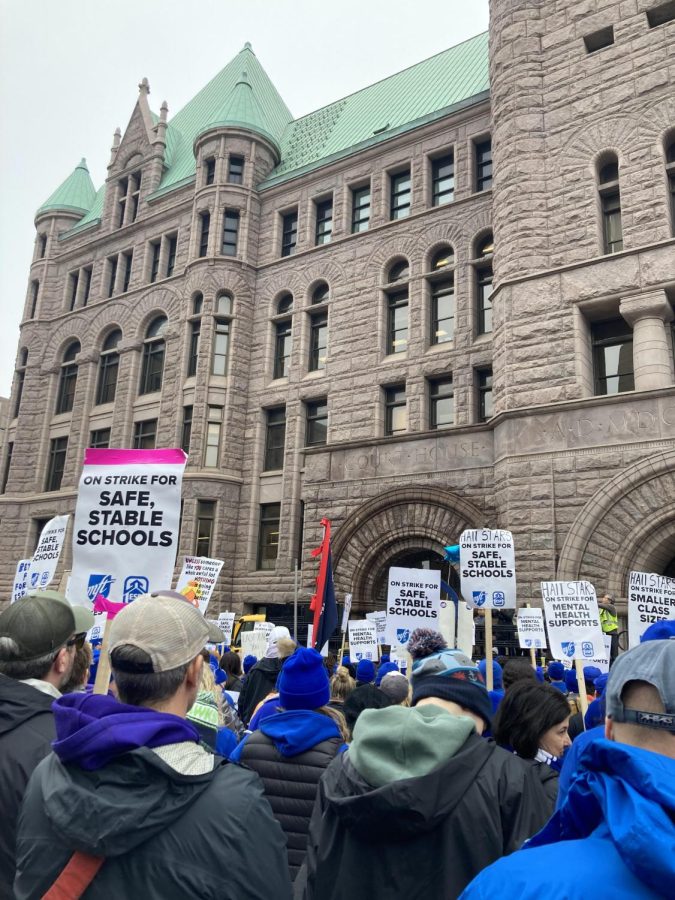 Teachers are indisputably assets to many educational systems. They provide support systems for students academically, socially, and emotionally. However, many have questioned whether the work teachers are putting into their jobs is being appropriately compensated for. According to the New York Times, the Minneapolis Federation of Teachers (MFT), a union consisting of the Minneapolis Public Schools district’s teachers, addressed the increasing budget surpluses in Minnesota and asserted that less of this money was being used to support educators. In response, the Minneapolis Public School district pointed to decreasing enrollment, rising costs of living, and severe underfunding as reasons for being unable to finance additional expenses. As a result, the district’s teachers and staff members went on strike to fight for better wages and protections.

On March 8, MFT and education support professionals (ESP) informed district officials they would halt work and begin striking. With the education of Minneapolis students being their first priority, MPS released a statement promising to work continuously with MFT and ESP at the mediation tables to minimize the length of the strike.

In the initial stages of the strike, MPS officials met with MFT and ESP at bargaining tables to figure out what each party would like the district to facilitate. Both MFT and ESP presented their first proposals to MPS officials, including increased wages for teachers and support for Black staff members. In response, MPS responded on March 11 with a series of counter-proposals they believed to fit the district’s agendas: capping class sizes for the highest needs schools in the district, additional salary increases, a counter-proposal on the MFT’s Anti-Racist/Bias proposal and a 3 million dollar in class size and caseload reductions.

However, all parties soon found themselves to be in a deadlock. MPS is expecting to be at a $59.5 million budget deficit for the 2022-2023 school year, and they believed the unions’ proposals would only worsen this financial gap. There were many points throughout different medication sessions where MFT demanded even higher wages. Still, MPS attempted to elucidate how they had already reached their financial limits and it would be irresponsible from a financial standpoint to go above these limits.

When looking at how these strikes translate into the Mounds View community, many factors are always being taken into consideration by administration about how the school can support teachers in different ways. “I think things can always improve for teachers,” said Mounds View principal Stephanie Bruggers. “The past few years have been significantly more challenging with COVID. Increased support around learning gaps is needed. I try to always encourage work-life balance as I know teachers have so much going on outside of school.”

Ultimately, as these strikes show how teachers always provide valuable opportunities for students to learn and grow, the sentiments of building a strong support system reign supreme throughout Mounds View. “A classroom teacher is extremely important,” Bruggers said. “Not only to teach content, but to support our students. They have the most interaction with students on a daily basis.”