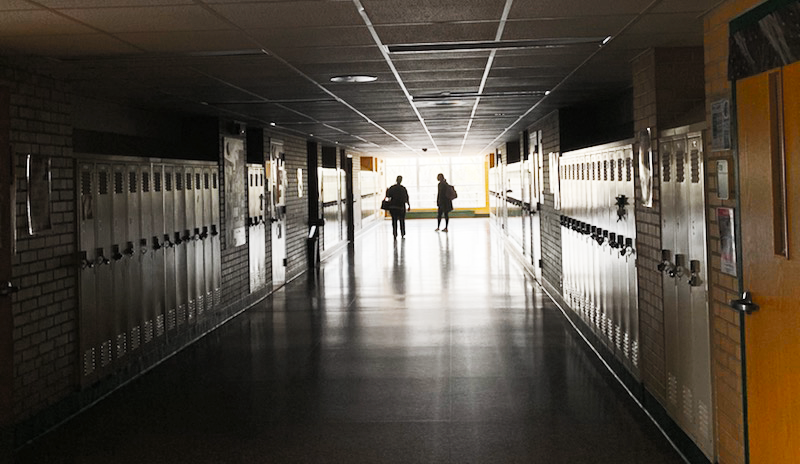 Yesterday, on May 2, darkness swept the hallways of Mounds View High School. A power outage had overwhelmed several areas of the school building during fifth hour, and classrooms were forced to adjust to the lack of technology and light. After just getting the power back last night, Mounds View experienced another outage today. “There is something outside of the building that for the second day in a row, has caused the same issue,” said Principal Stephanie Bruggers. “We are hoping it’s not recurring beyond today.”

Today’s power loss occurred during ‘A’ lunch which caused a variety of issues, as one-third of the building is without power. First, the school’s wireless connection shut down, followed by a total outage of electricity sources in several classrooms and hallways which led to many educational dilemmas. “There’s the lack of technology, so teachers relying on technology will have to change their lesson,” said Bruggers

It’s challenging, but at the same time, everyone has been incredibly helpful to help us get through this.”

During the lunch periods, electronic registers in the cafeteria also shut down and students were required to write down their food purchases, along with their names, leading to congestion in the lunch line. In addition, bathrooms without light were locked for safety reasons and classes were asked to unplug any electronics. “[The power outage] happened at the worst possible time, during ‘A’ Lunch,” said Bruggers. “But our students are being awesome, and our staff have been available to help with manually receiving the PIN numbers from students.” 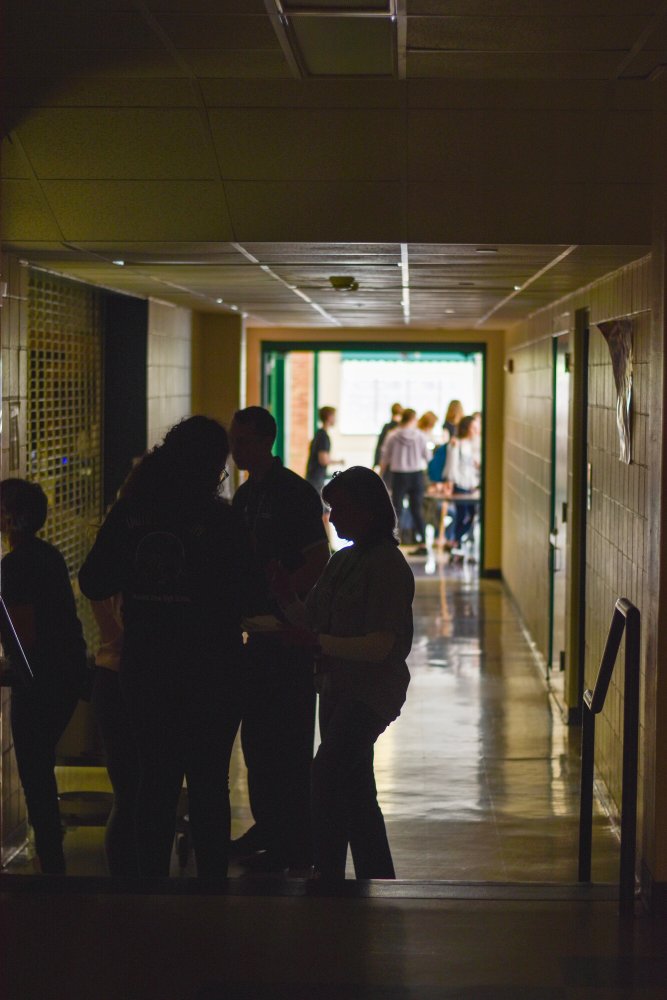 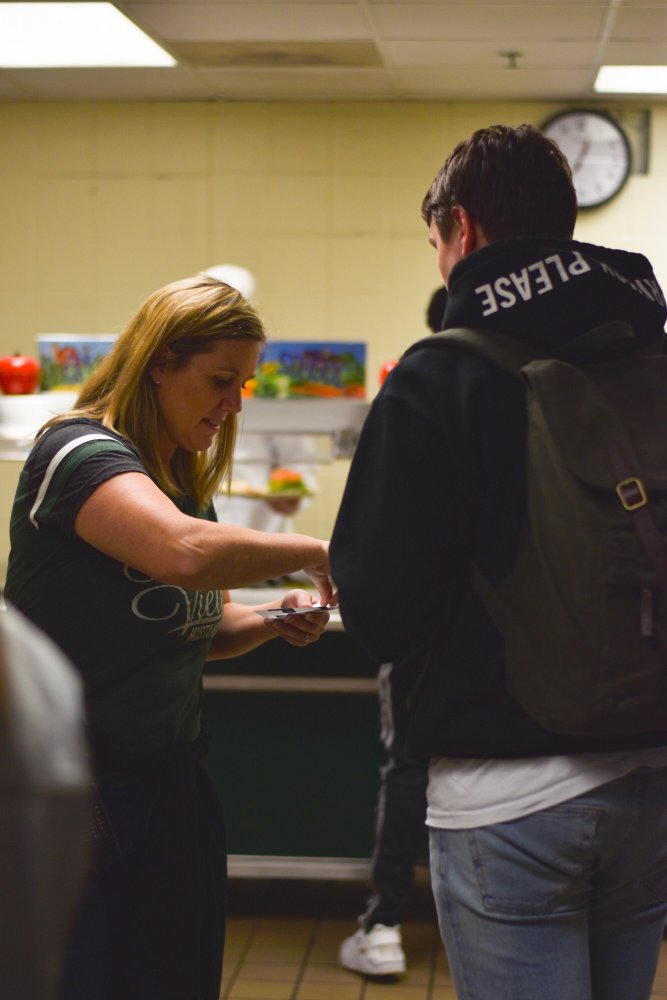 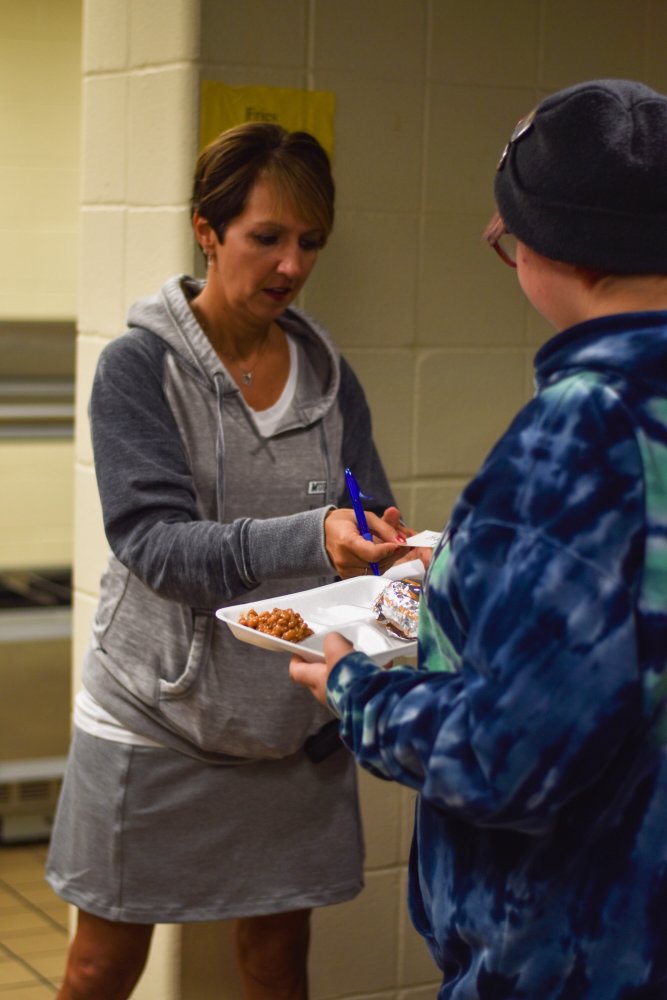 Registers in the cafeteria were affected by the power outage. Pictured above are teachers and cafeteria staff working together to manually register students’ PIN numbers for lunch. (Photos by Vicky Li)

Students and staff alike were affected during this event but made the best of the situation. Phone flashlights illuminated the hallways, mobile hotspots were set up for internet service and faculty worked together to accommodate classrooms without light. However, some students noticed that the school relies on WiFi and can not do much without it. “Obviously it’s disappointing, you’re stuck without internet, you’re stuck without lights on and you’re really restricted in terms of what you can do,” said Chris Jin, 12.

The power outage was sporadic: some areas were affected while others were not.

The administration has also been working to get the issue fixed as soon as possible and refute the idea that Mounds View’s construction is the culprit. “As of right now, we are working with Xcel [Energy]. We have no reason to believe that this is anything construction related,” said Bruggers. 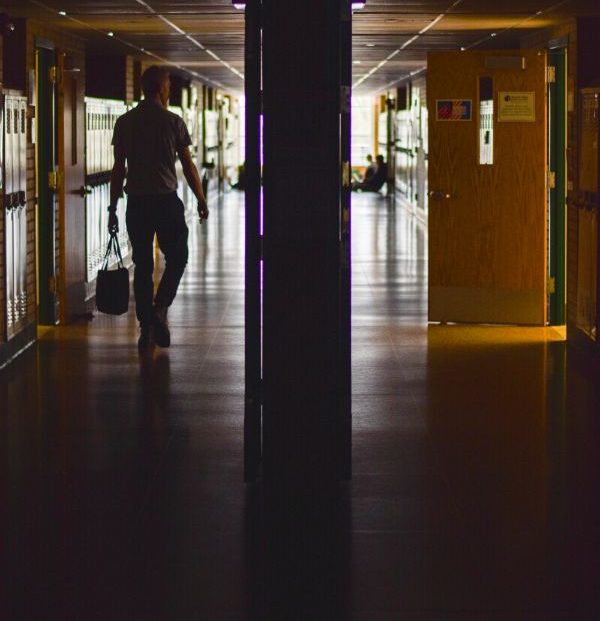 Justin Benolkin, social studies teacher, walks through one of the dark hallways.

Most recently, the administration issued an announcement that the building would be shut down immediately after dismissal. Currently, the school does not know the specific cause of the outage, but the Mounds View community has been resilient amid this complication. “It’s challenging, but at the same time, everyone has been incredibly helpful to help us get through this,” said Bruggers.